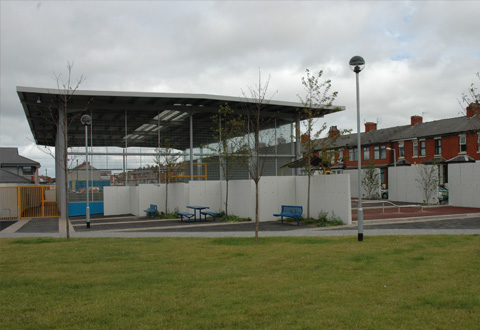 Mr Larwood, who was from Blackpool, was a key member of the England cricket team during the 1920’s and 30’s and was known as the world’s fastest and most feared bowler during the height of his career.

Local residents campaigned to have the park on Victory Road named after him in the hope that it would inspire more young people to take up sport.

Cass had previously been commissioned by Blackpool Council to create a community park – and the Sports Barn, designed by Cass Associates, was the first covered multi-use games area in the UK.  The scheme has a low carbon footprint and won a Blackpool Civic Society Award of Merit.