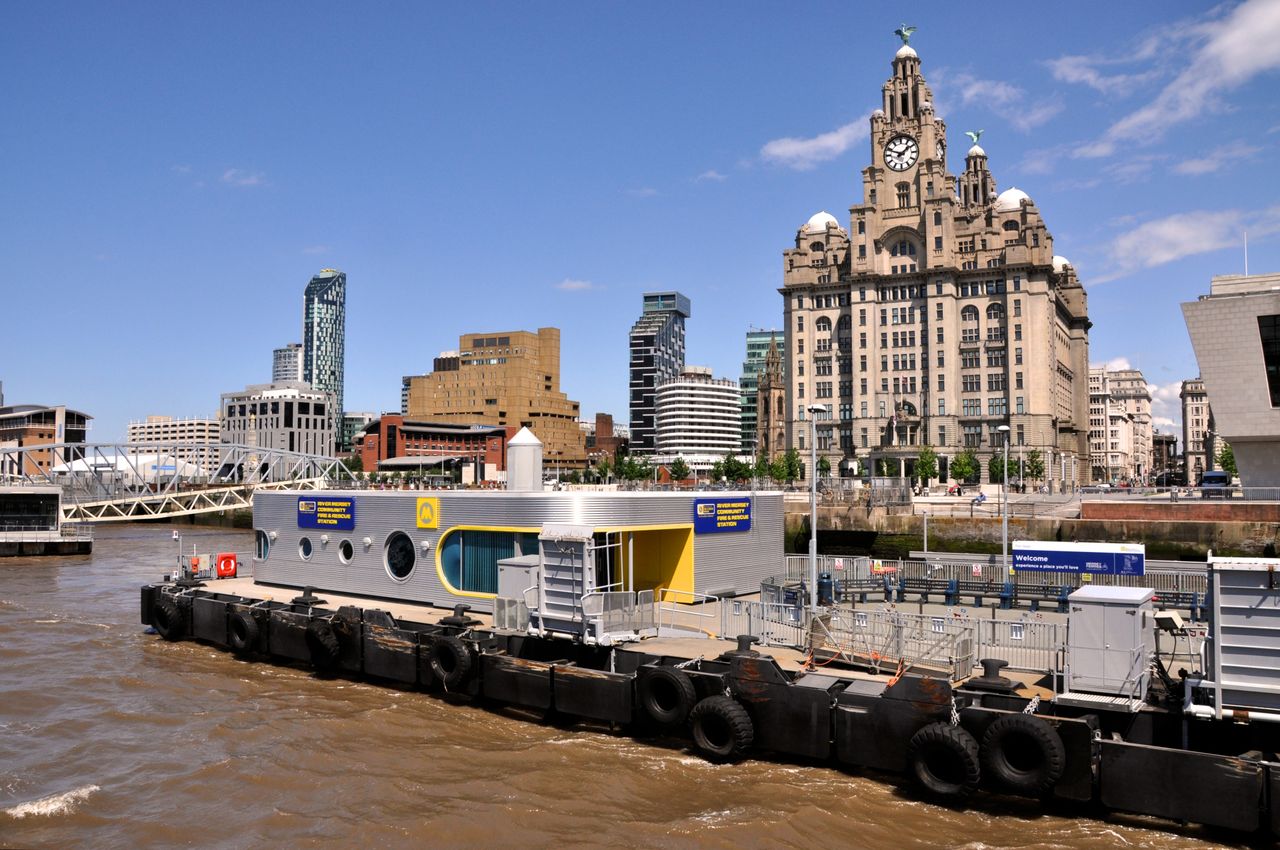 Ferry commuters got to enjoy their brand new waiting and disembarkation facility today as the £8m structure, designed by Cass Associates, opened its doors for business for the first time today.

Around 600,000 ferry commuters are expected to use the facility annually – and in a press statement released by project lead client Merseytravel Sir Howard Bernstein, Deputy Chair of the North West European Regional Development Fund Local Management Committee said “The new Pier Head landing stage represents an excellent improvement in facilities which will be felt by both visitors to the region and regular local users – the local economy, businesses and people will all benefit.”

The functionality of the structure and buildings was an important aspect of the design brief with priority being given to ensuring the safety and comfort of large numbers of commuters during the waiting, boarding and disembarking processes. With its prominent position in this unique World Heritage site, the Cass team also ensured that the design of the structure would allow passengers panoramic river and pier head views.

Cass’ designs included the highest environmental standards that were possible within the allocated budget and the project includes rainwater harvesting, air source heat pumps, high levels of insulation, use of glare-reducing tinted glass and the specification of recyclable materials.

In a company statement Councillor Mark Dowd, Chair of Merseytravel described Pier Head as “a world class departure point for the ferries.”

The ferry landing stage client team included Merseytravel, their end-user Mersey Ferries and Mersey Fire and Rescue Service. £3.8 million of project funding came through the European Regional Development Fund (ERDF). The operation of the facility at Pier Head will continue the ongoing collaboration between Merseytravel, MFRS and Peel Ports.