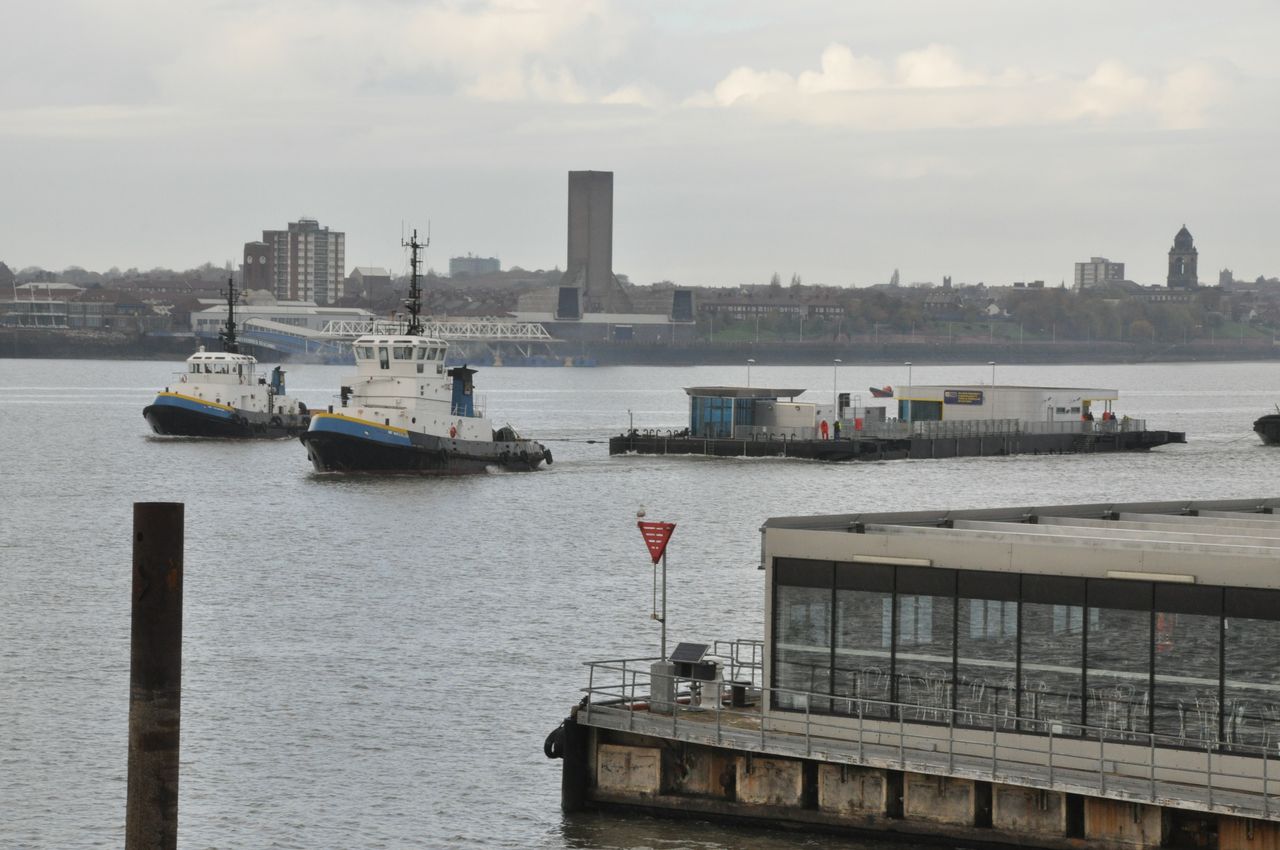 Liverpool’s new ferry landing stage, designed by Cass Associates, moved a step closer to completion this week as the new £8m floating platform was moved by tug from its construction site to its new Pier Head home.

The Cass team, Richard Cass and Mark Line, working alongside the main contractors Balfour Beatty on behalf of lead client Merseytravel*, were responsible for the design of the buildings and other structures on the landing stage pontoon. Included on the platform is a passenger dry-area waiting shelter which has been constructed in glass to maximize the panoramic views over the river in this unique World Heritage site.

A 200 square metre three-man community fire station is the largest structure on the platform and was also designed by Cass for Mersey Fire and Rescue Service, enabling a 24/7 rapid response service to any incident on or around the River Mersey.

Throughout the design process Cass was keen to incorporate elements that were not only eco-friendly but that would also make the passenger waiting experience as comfortable as possible.

Merseytravel’s Chief Executive Neil Scales, quoted on the company’s website, said: “It was important to make sure that as well as providing a comfortable waiting experience for ferry passengers, the landing stage reflected the environmental standards displayed in the landside ferry terminal building, which is recognised nationally for its sustainable credentials.”

Some of the environmental measures included in the project include rainwater harvesting, air source heat pumps, high levels of insulation, use of glare-reducing tinted glass and the specification of recyclable materials. A link span bridge, designed also by Cass in association with consulting engineers, will connect the pontoon with the Pier Head quay and is expected to be installed shortly.

The client team included Merseytravel, their end-user Mersey Ferries and Mersey Fire and Rescue Service. £3.8 million of project funding came through the European Regional Development Fund (ERDF). The operation of the facility at Pier Head will continue the ongoing collaboration between Merseytravel, MFRS and Peel Ports.