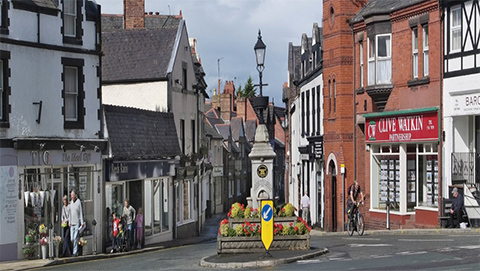 84% of residents of Neston voted ‘yes’ in favour of whether the Neston NP should become part of the statutory development plan for the Neston Neighbourhood Plan Area in a referendum on 5 May.  The plan will be used, alongside the Cheshire West and Chester Local Plan, as the basis for making decisions on planning applications in the area.

Cass Associates worked closely with the CSG and liaised with Cheshire West and Chester Council to produce a draft Neighbourhood Plan and Sustainability Appraisal in January 2015.  Cass Associates also assisted in preparing consultation leaflets and advising statutory consultees of the consultation process.

Peter Hamilton, Partner at Cass Associates said ‘I am delighted for the CSG, the Town Council and the community within Neston that the Neighbourhood Plan has received such overwhelming support at the Referendum.  It is testament to the hard work of members of the CSG and others in the community that have volunteered their time to the cause.  I hope that the Neighbourhood Plan will deliver more locally-based decisions on planning applications in the future and provide a platform to progress locally-derived projects for the benefit of Neston, its community and its environment’.

The Neston Neighbourhood Plan can be viewed here on the Neston Town Council website.