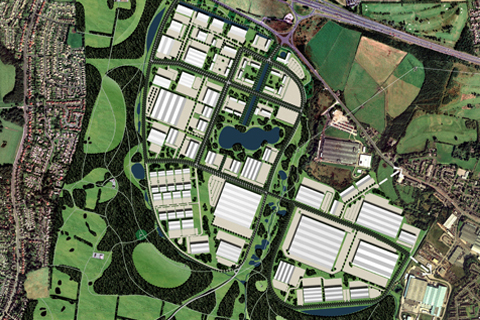 Retailer Aldi has announced plans to relocate its regional head office near Middleton to Cutacre near Bolton.

Welcoming Aldi’s decision to build a 41,000 sq metre distribution centre at Cutacre Owen Michaelson, chief executive at Harworth Estates, said in a recent Place North West article,” Our aim is to attract great businesses and create hundreds of jobs on the site, which is one of the few with space to build a single building of up to 1,000,000sq ft.

“I’m also pleased to say that we are in the final stages of restoration on this former surface mine site.  It’s taken longer than we’d hoped for due to the bad weather last year, but the surrounding 600-acre Country Park will have public access and create a great environment for any company that wants to come and base themselves in the heart of the region.”