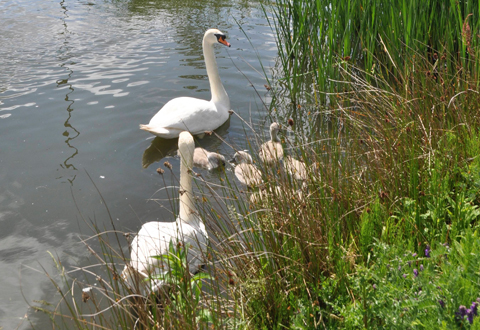 We are delighted at the news that our work on the city’s Stonebridge Business Park project has earned our Landscape Architect team this year’s Merseyside Civic Society Green Space award.

Work on the £1.4m Stonebridge regeneration scheme was carried out over a three-year period on behalf of Liverpool Land Development Company. This important project along the A580 approach stretch has seen 1.5km of road frontage transformed into a ribbon of high quality boulevard and the creation of a new community park in one of the city’s largest employment areas.

The recent Civic Society awards seeks out “outstanding projects in all fields of environmental design” and recognises “the important role played by high quality architecture, landscape and urban design and of enhancing the quality of the environment”.

Our highly experienced Landscape Architect team planned, designed and implemented an extensive programme of works in this high profile visible location. Our scheme has formed the framework for 32,000 square metres of new employment-based development in this City Council Strategic Investment Area, as well as providing a local amenity that is now popular for walking, fishing and the general enjoyment of residents living or working nearby.

At the heart of the project has been a concern for protecting and enhancing the environment – and in conjunction with our client’s brief we have been keen to ensure that we addressed major water-related and ecological issues there. The outcome has been the creation of an aesthetically attractive expanse of green space, populated with a series of open water courses and small lakes, successfully providing a natural habitat for wildlife such as fish and waterfowl.

Our team worked closely with Chester Zoo to incorporate ecological features into the scheme, enabling them to implement a water vole breeding programme there for this endangered species – and local people have taken ownership of the scheme to such a degree that during the swan nesting period they set up a 24-hour watch system to protect cygnets that were living there.

Our Landscape Architect Kate da Cruz went along to collect the Green Space 2012 award, which was presented by Merseyside Civic Society’s Vice President and former Merseyside Partnership Chairman Rod Holmes.  The panel had acknowledged that the Stonebridge project provided a landscape quality that was vital to the development as a whole, with habitat creation, sustainable drainage and open access features that would benefit the local community.

“We are delighted to have won this award for our work on what must be one of the most important regeneration projects in Liverpool, “ says Cass Associates’ Kate da Cruz. “This development has provided a high quality environment which has had a major impact on the economic, social and ecological performance of this highly visible approach into the city.