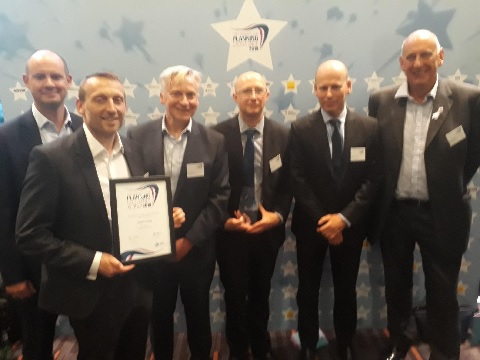 At the annual RTPI Awards ceremony in London to celebrate excellence in town and country planning the best national, large scale housing project was awarded to Dargavel Village in Renfrewshire, Scotland.

Planners and landscape architects from Cass Associates have taken a lead role in this project for almost 20 years.

Dargavel Village is a new, sustainable mixed use community located on land that was once in use as the largest munitions factory in Europe. The new development consists of over 4,000 homes along with retail, education, health and recreational facilities. The core of the new community sits next to Bishopton rail station which provides a frequent service to Glasgow City Centre.

The judges at the Royal Town Planning Institute Awards for Planning Excellence recognised that the project represents the recycling of derelict land at an exceptional scale. It delivers new homes in a planned way but it will also provide a rich network of public green spaces which have the potential to be of regional benefit. They said:

“This is one of the largest brownfield sites in Scotland, and the judges felt it was a great example of a large development scheme that brought previously inaccessible land back into use and is creating a self-sustaining community.

In particular, the judges noted the inclusion of multiple community facilities including green corridors and woodland”

The RTPI Awards for Planning Excellence are the longest running and most high-profile awards in the industry. For 40 years they have rewarded the brightest talent in the profession; the teams, projects and individuals that transform economics, environments and their communities all over the UK and internationally.